Uncategorized » The Top 10 2 Player Board Games

If you think it's a little weird I've published a post about 2 player board games on my healthy lifestyle blog, let me give you some context.

My boyfriend and I live together, don't have many friends and love playing board games. Since we rarely have anyone round, all the games we own must be 2-player friendly. This sounds simple enough, but if you've ever tried to buy 2 player board games, you know it can be almost impossible!

I get that we can't be the only people in the world in this position. So to help all you other gamer couples out there, I've gone through all our games and compiled a list of the best 2 player board games for you to enjoy! 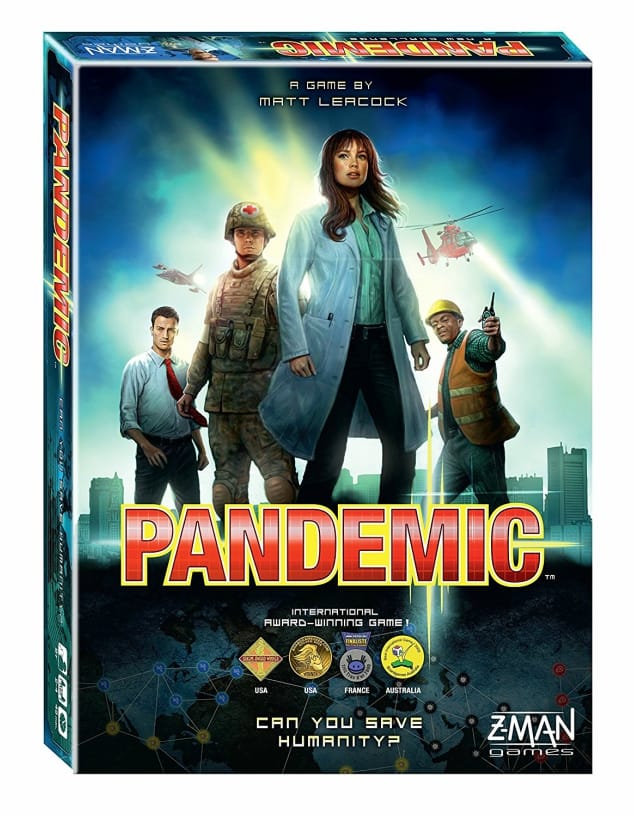 We love this 2 player board game so much we play it pretty much weekly. The idea is that the players have to work together as a team to stop deadly viruses from spreading across the world and causing a pandemic. Each player's character has different strengths which really force you to pull your efforts together and not only create a great overall strategy, but really focus on teamwork each round. 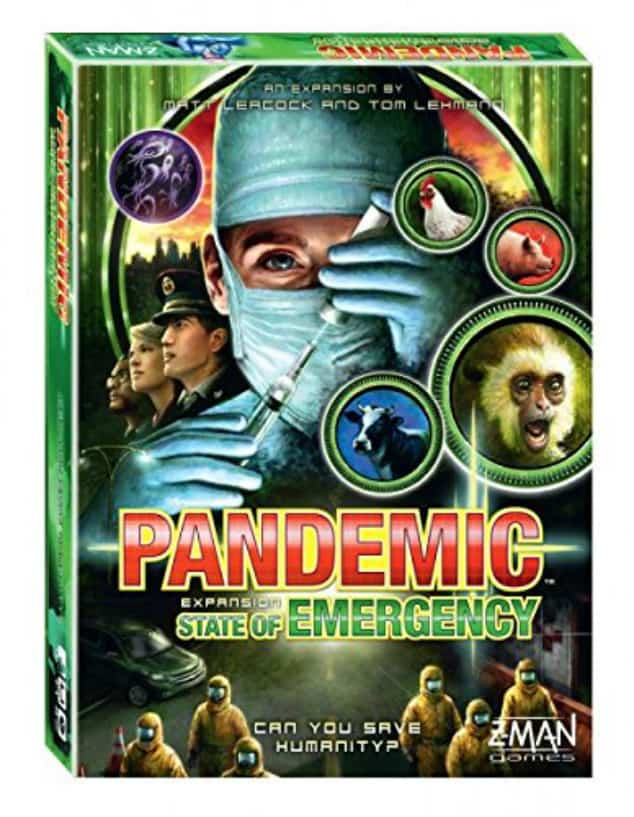 Click here to buy Pandemic State of Emergency on Amazon.

3.Killer Bunnies and the Quest for the Magic Carrot 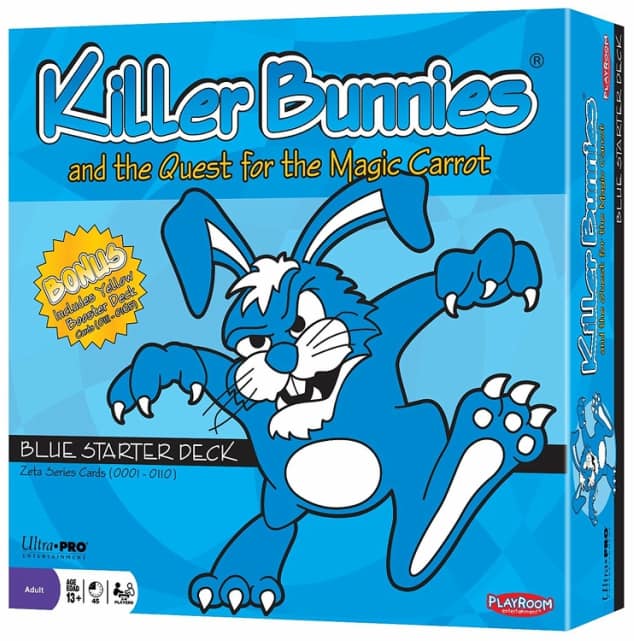 The imagery on the outside of this 2 player board game might look a bit childish, but I have yet to meet an adult who doesn't love it! More of a card game than a board game, Killer Bunnies requires you to build up your "bunny circle" while collecting carrots, trying to steal carrots from other players and trying to kill their bunnies. The person with the lucky carrot at the end wins! This game guarantees laughs from start to finish every single time you play.

Click here to buy Killer Bunnies and the Quest for the Magic Carrot on Amazon. 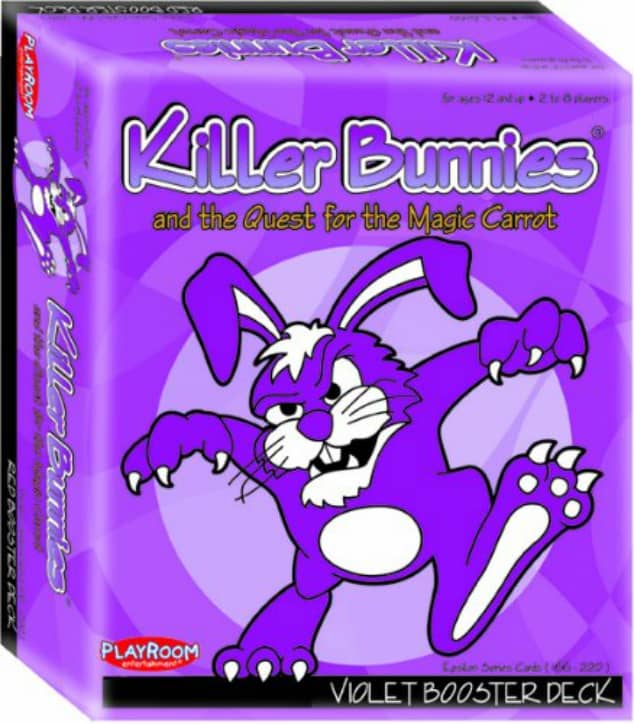 We loved the main Killer Bunnies game so much we just had to buy the booster packs! I think we own the first 5 or so, but there are loads more I still really want. Each booster pack introduces loads more hilarious cards which you can manipulate to attack your enemies and defend your bunnies. Plus you get even more carrots and extra bunnies with different abilities to keep things interesting. 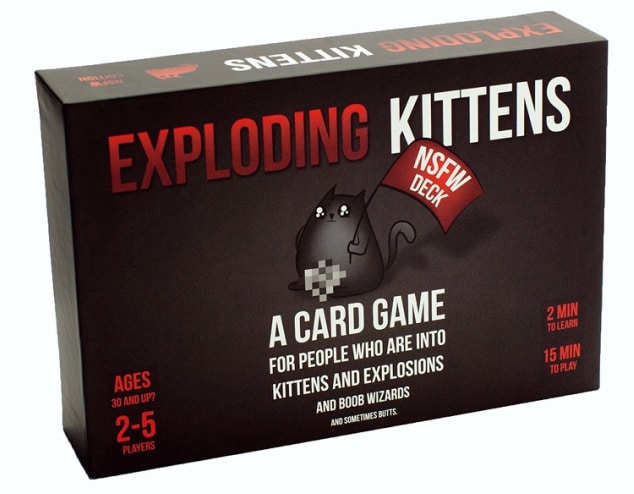 The brainchild of the awesome guy who runs The Oatmeal, Exploding Kittens takes his unique sense of humour and transforms it into a card game. The concept is simple - don't pick up the exploding kitten card. But the best part is reading all the funny captions and laughing at the images. I've got the NSFW deck, which might not be right for you - my mother-in-law hates it. But there's a PG version which I'm sure is just as fun. 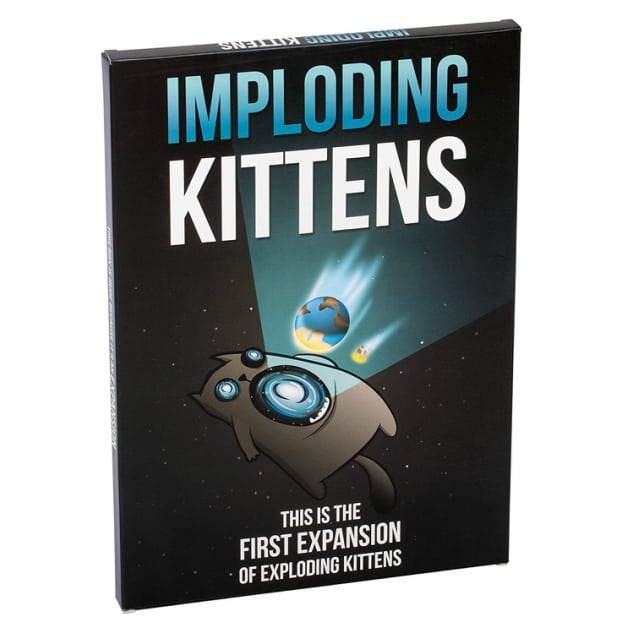 The expansion pack to Exploding Kittens! Equally as simple as the main game, when you combine both of these packs, the idea behind the game is to not get caught with the exploding kitten card or the imploding kitten card. Again, the rules are really simple, but the few extra cards make the game more interesting to play and "The Cone of Shame" provides extra lolz. 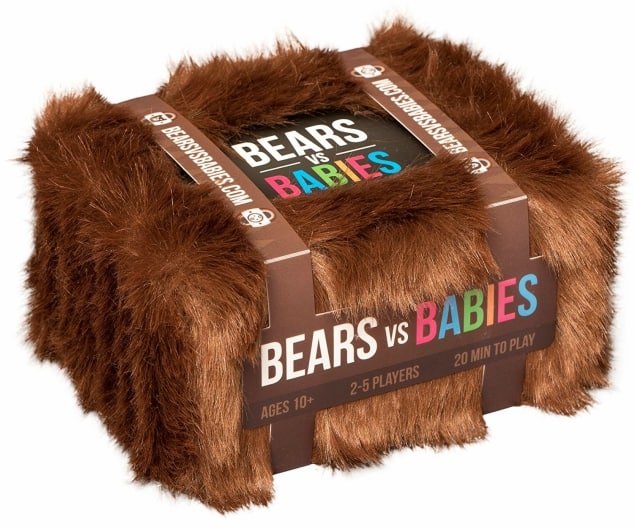 If you can stop yourself from stroking the super-soft ultra-furry outside of the box long enough to open it up, I'm sure you'll love this game. Again, created by the founder of The Oatmeal but a little more complex than Exploding or Imploding Kittens, in Bears vs Babies you randomly pick up cards from the deck and use them to create an army of monsters capable of stopping the mean babies when they attack. The images are equally as fun as in the other two games, but this one is mild enough to play with kids.

Click here to buy Bears vs Babies on Amazon. 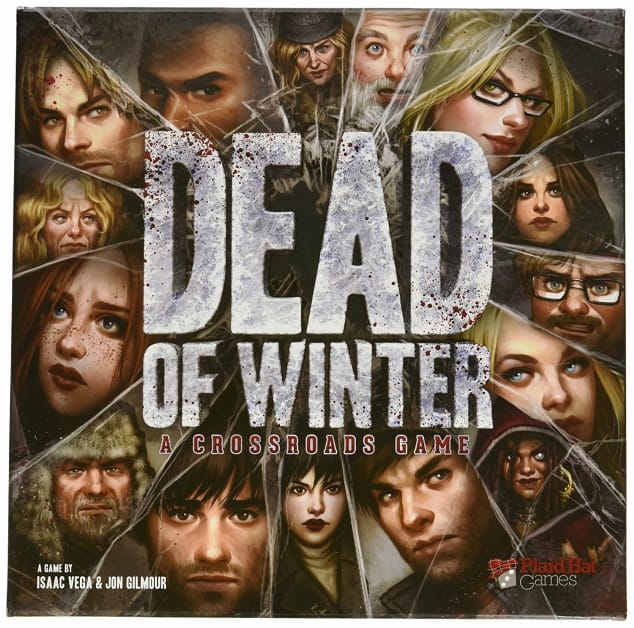 Whenever this game comes out, that's pretty much the whole day gone because once we've completed one game, we play another and another and another...that's how incredible this 2 player board game is! Just like Pandemic, Dead of Winter is also cooperative and requires you to get your characters to work together to defeat brain-hungry zombies. The stories are Walking Dead-intense and some cards really require you to delve deep into yourself and question your morals, making for an awesome game.

Click here to buy Dead of Winter Crossroads on Amazon. 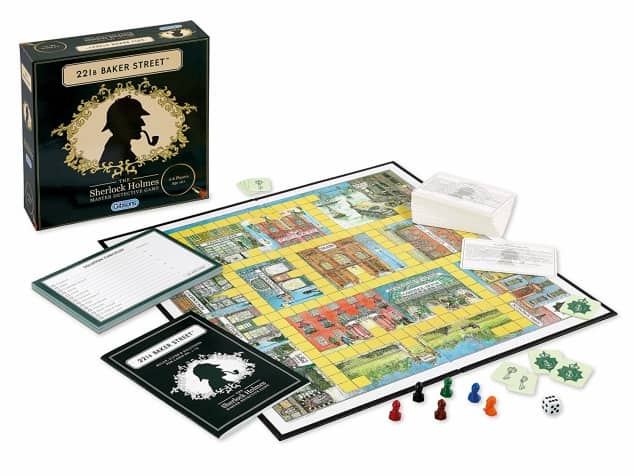 This 2 player board game looks really quite vintage, but I think that's part of it's charm! If I'm totally honest with you, I've played this game 20+ times with my boyfriend and I've never won once. But I genuinely love it, so it's on the list! You read an intro at the beginning  that sets the murder scene then you roll your dice and move around the board, visiting places of interest and collecting clues. When you think you've figured out the killer, motive, weapon and anything else you need to know, you head back to 221B Baker Street and announce your findings!

Click here to buy 221B Baker Street on Amazon. 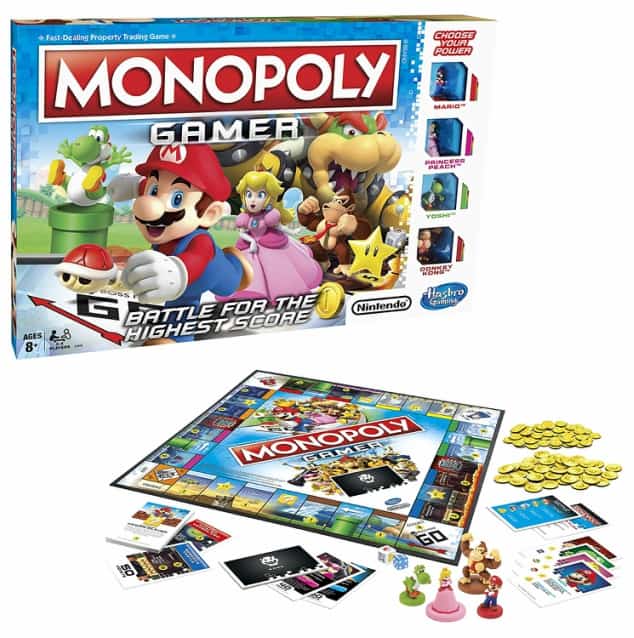 I've never been a big fan of traditional Monopoly, but Monopoly gamer is one 2 player board game I can definitely get my mind around! When you play as a pair, you each get to play with 2 characters and move around the board in traditional Monopoly style. But instead of building houses and paying tax, you collect golden coins and throw turtle shells at the other players, Mario-style. It's great for anyone into Mario and is much quicker than traditional Monopoly.