Can you believe this is the first apple cake I've ever tried? I could eat apple crumble all day long, but the thought of apple cake never really appealed to me. But when I came across The Best Apple Crumb Cake from Crunchy, Creamy Sweet, I just had to give it a go. The apple and cinnamon flavours sounded beyond perfect for fall and there were so many new baking techniques in the recipe that I've never come across before that I just couldn't say no. 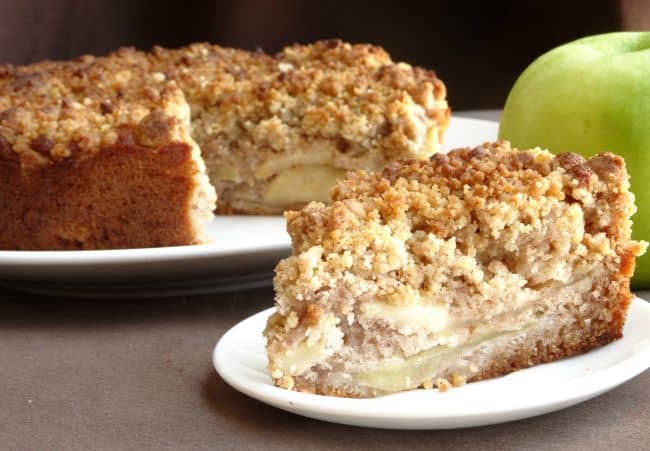 How do you make your normal crumb topping? I usually combine flour and sugar with cubed cold butter. But for this cinnamon apple crumble cake, you use melted butter. I thought that in order to get the perfect crumb consistency, you needed to have the butter cold and solid so it would melt in the oven, but if you're aiming for the best apple crumble cake recipe ever, you're going to want to melt the butter. It makes all the difference in the world, I swear! 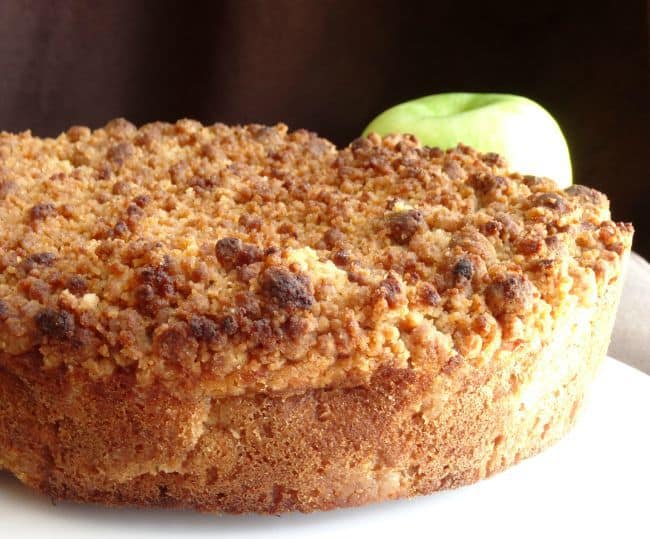 So that was the first baking technique that was new to me. The second was that you basically pile everything into the cake tin and bake it all together. So you've got cake batter on the bottom, raw sliced apple in the middle and uncooked crumble on the top. I never thought the whole thing would bake in 45 minutes, but it did! Better still - the cake batter on the bottom rose up the side of the cake tin, almost making a sponge cake bowl for the rest of the ingredients. 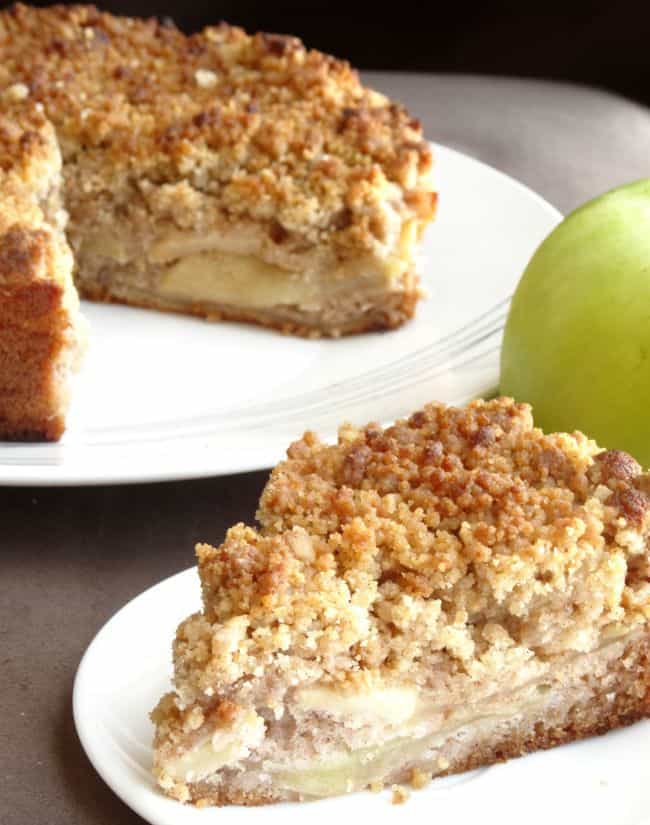 Cinnamon, apple, crumble and cake - does it get any more comforting than this? Yes - it does! Serve it along with a scoop of homemade vanilla bean ice cream and a drizzling of one-ingredient caramel or salted caramel sauce and you've got a dessert you'll be dreaming all day about.

We've only got a couple of wonderful fall months ahead of us before we delve into everything peppermint and white chocolate for Christmas, so get into the kitchen and whip up this apple and cinnamon crumble cake recipe before it's too late! 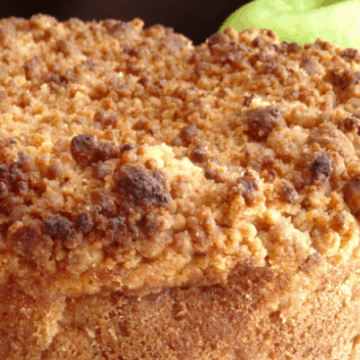 for the crumble topping:

for the apple filling

Lightly adapted from The Best Apple Crumb Cake from Crunchy, Creamy, Sweet
Tried this recipe?Let us know how it was! 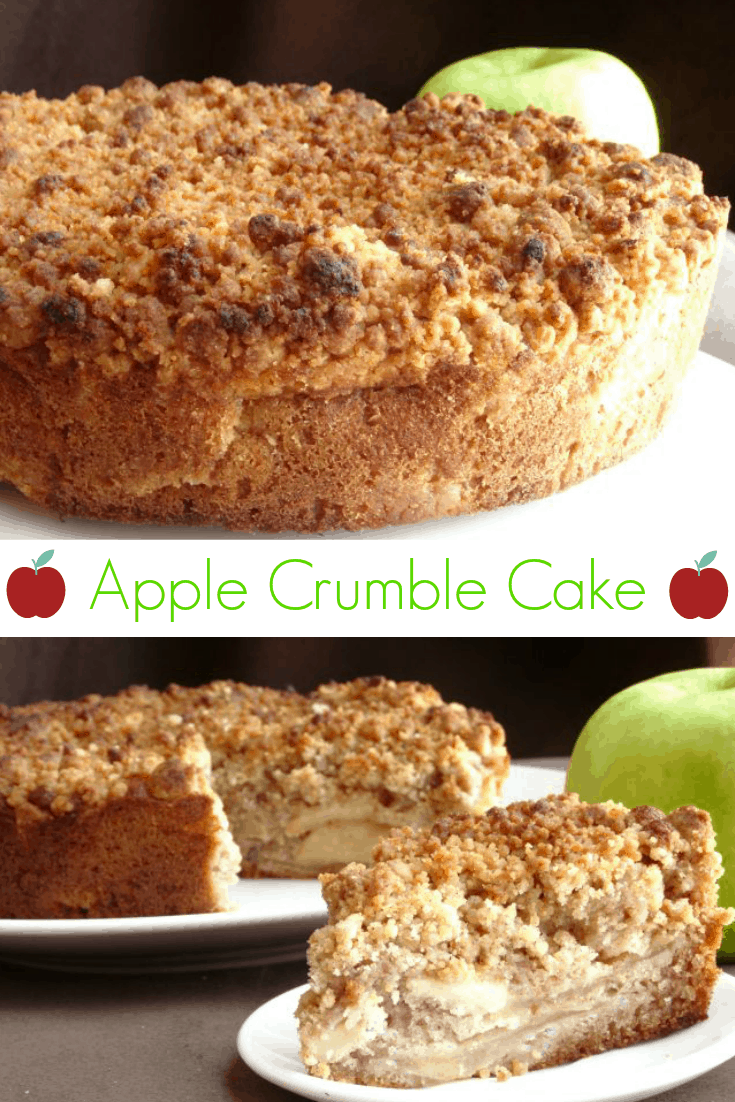