If there are two flavours which say fall/autumn to me, they are apple and cinnamon. So what better way of creating a gorgeous seasonal snack than combining the two ingredients and making these easy apple donuts? Okay, so we're not technically into fall/autumn yet, but this is the last full week of August. So I figure you don't mind if I slip a little apple and cinnamon in. 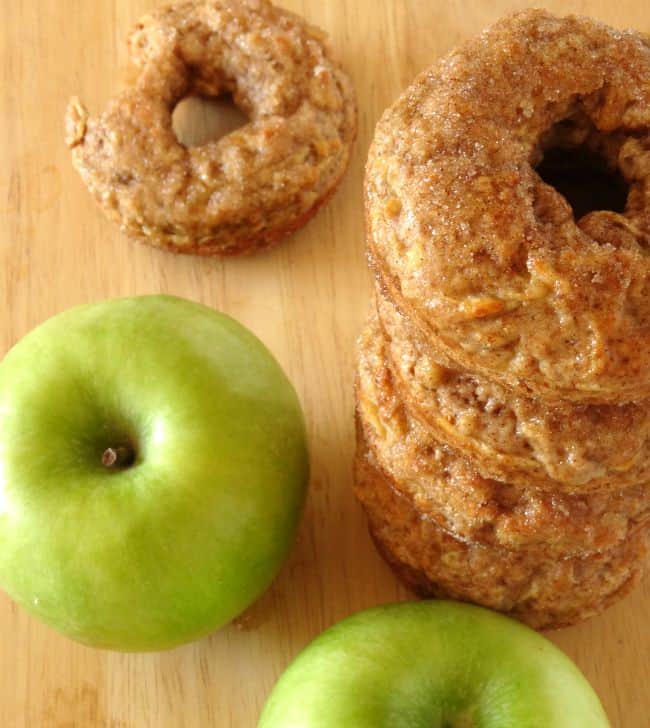 This baked apple donuts recipe really is one of the best donut recipes I've ever come across. I think it's got something to do with how full the donut pans are before they go in the oven. If you're wondering, you can buy the exact same Wilton donut pan that I use here on Amazon.com or here on Amazon.co.uk. Since there's so much batter, it practically fills the entire donut moulds. This means that when they're in the oven, the donuts puff up as they bake, creating huge, rounded dome-like donuts. Yum! 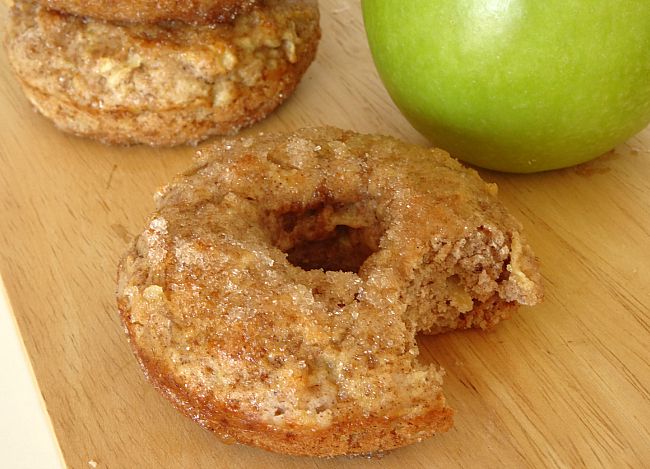 If you're not a fan of super-sweet sugary stuff, you might want to skip the cinnamon-sugar coating on these applesauce donuts. But if you love things to be as sweet as possible and think the feel of granules of sugar brushing against your teeth is heaven - millions of sugared donuts are sold every single day, so I'm guessing this is a popular sensation - then definitely go ahead and make it!

But if you do go ahead and skip the cinnamon sugar, then these donuts are pretty healthy - only 1 tablespoon of butter and ¼ cup of sugar for the whole batch of six donuts? That definitely sounds healthy enough to eat them for breakfast to me! 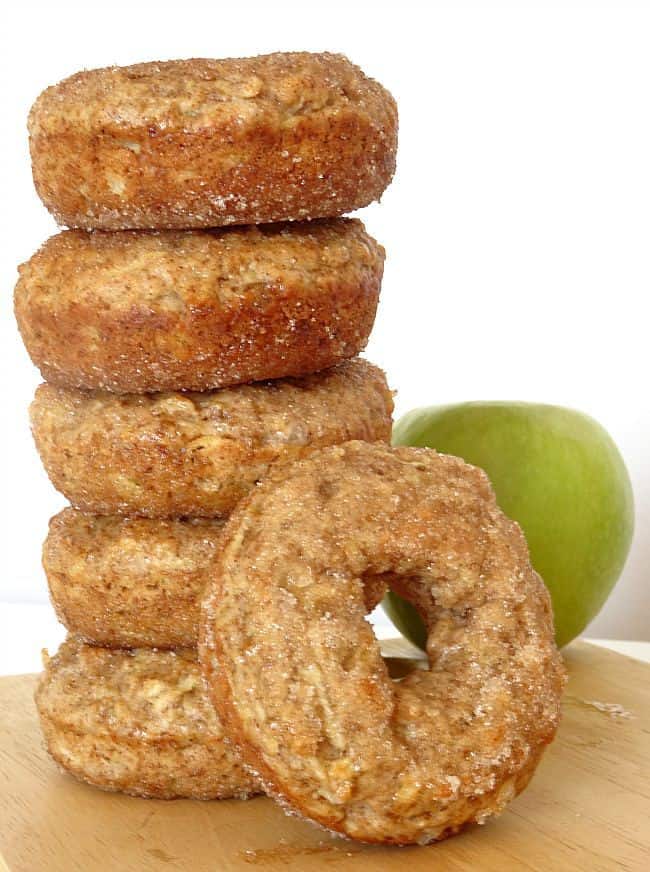 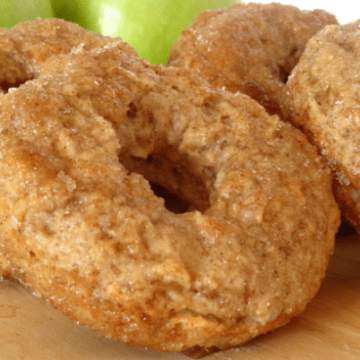 for the cinnamon-sugar coating

Adapted from the Cake Blog
Tried this recipe?Let us know how it was! 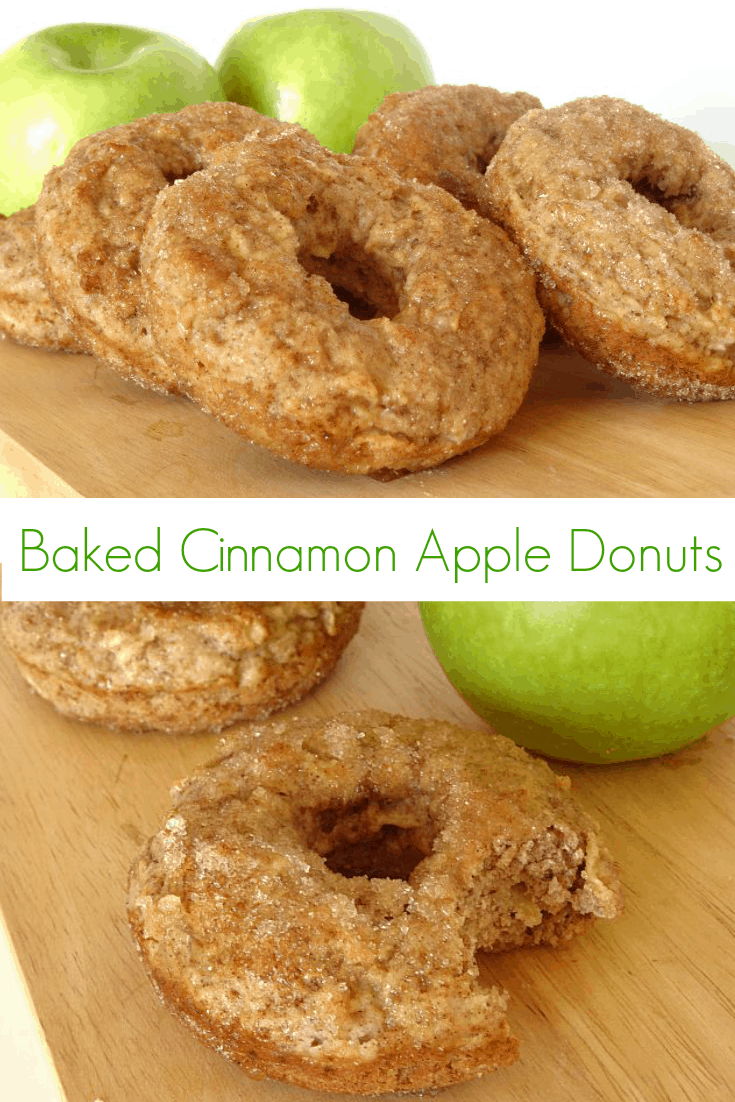