Now take a deep breath. The name is a bit of a mouthful, but I thought every single one of those words deserved to be highlighted in the title. I suppose you could also refer to them as the ultimate cookie – that’s definitely how I see them. No other cookie I’ve made even comes close.
Soft, chewy dough sprinkled with melted dark chocolate chunks wrapped around a sweet and gooey Milky Way centre… I’ll wait whilst you run into the kitchen to check you’ve got all the ingredients. 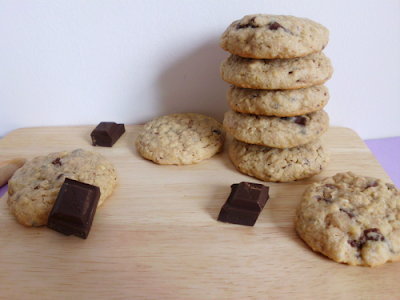 My Official Treat Taster and I got invited to visit someone’s house for a look around. I realise that it sounds quite strange – neither of us really know these people, yet they invited us around just to see their house. But it’s not an ordinary house, oh no. They live high up in a rural part of the island in a huge rustic house with an even bigger garden. And the best bit? Their house and garden rival an exotic zoo. 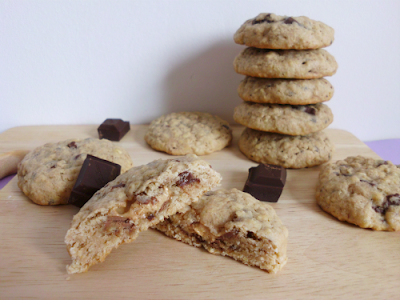 I thought it would be rude (not to mention just plain weird) to turn up at a stranger’s house to have a wander and look at all of their animals empty handed, so I set to work on making these cookies. I could only bring myself to wrap half of them up and give them away, but I think they appreciated the gesture nonetheless. 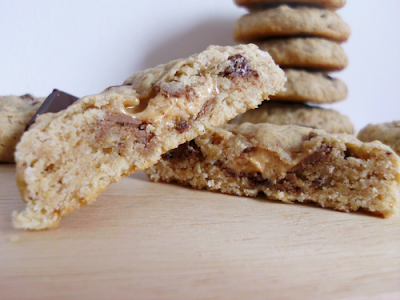 We were greeted at the gate by two gorgeous fluffy dogs with hair so long and soft that they sort of looked like they’d be good dusters, although I kept that thought to myself. We were taken on a tour of the garden and saw 20+ turtles and tortoises ranging from tiny ones that would fit in the palm of my hand to massive ones which were both older and bigger than me.
There were far too many species of birds to keep count. Our hosts even keep an incubator full of eggs which are due to hatch. We were shown a tiny pheasant egg, where the chick had just started pecking to get out. To give the chick a hand, our host took the shell apart and brought him/her into the world! 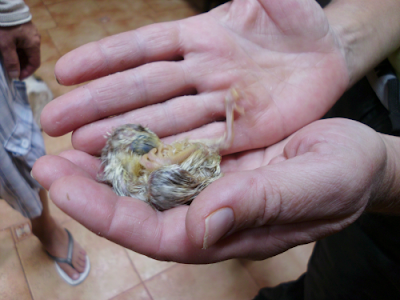 There were swans, ducks and the cutest little ducklings. Chinchillas, rabbits and a huge pen of about 20 guinea pigs – some of which were pregnant with adorably round tummies. There were a few cats wandering around, too – one of which was completely blind but managed to avoid the ponds and all the other animals without a problem. One of the cats had recently had a litter of kittens. Our hosts were trying to find good homes for them and I was more than happy to snap up an adorable bundle of fluff, but My Official Treat Taster was quick to remind me that playful kittens wouldn’t make the best companions for our guinea pigs back home. 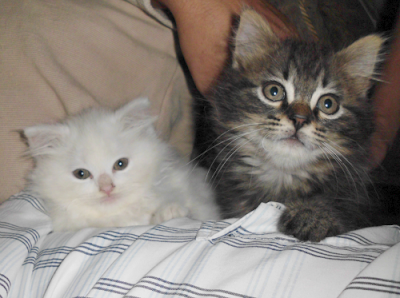 We had such a fun and interesting afternoon – maybe I should have given them the whole batch of cookies.
Milky Way-Stuffed Chewy Chocolate Chunk Oatmeal Cookies
Basic cookie recipe adapted from How Sweet It Is
Makes around 15 large cookies
Ingredients
1/2 cup butter at room temperature
1/2 cup sugar
1/2 cup brown sugar
1 egg
2 teaspoons vanilla extract
1 1/4 cup all-purpose flour
3/4 cups oats
pinch salt
1/2 teaspoon baking powder
1/2 teaspoons cinnamon
1 cup chocolate chunks
2 tablespoons milk, if dough is crumbly
Around 15 small chunks of Milky Way
Recipe
1. Beat the butter and sugars together until smooth. Add the egg and vanilla, mixing well until combined.
2. Add the flour, baking powder, salt and cinnamon before beating in the oats until the dough comes together. If the mixture isn’t forming a dough, slowly add a small amount of milk until it comes together.
3. Preheat the oven to 350°F/170°C. Fold in the chocolate chunks and refrigerate for 30 minutes.
Remove the dough from the fridge and separate into 15 balls. Flatten each ball and place a chunk of Milky Way in the centre. Wrap the dough around the Milky Way and roll back into a ball.
4. Place the cookies on a baking sheet about 2 inches/5cm apart and lightly flatten each one with the palm of your hand. Bake for 9-11 or until the cookies are solid and very light brown. Remove from the oven and leave on the baking tray for an additional 5 minutes before transferring to a wire rack to cool.