Want to know the best thing you can possibly do with mincemeat, after making mince pies, of course? Use it to make mincemeat pie ice cream! Seriously - all you need is my basic vanilla bean ice cream recipe, an ice cream maker (I've got this Kenwood Ice Cream Maker) and some leftover mincemeat or mince pies and you're good to go. If you hate throwing away perfectly good food and need ways of using up mince pies of mincemeat, then you're going to love this recipe. 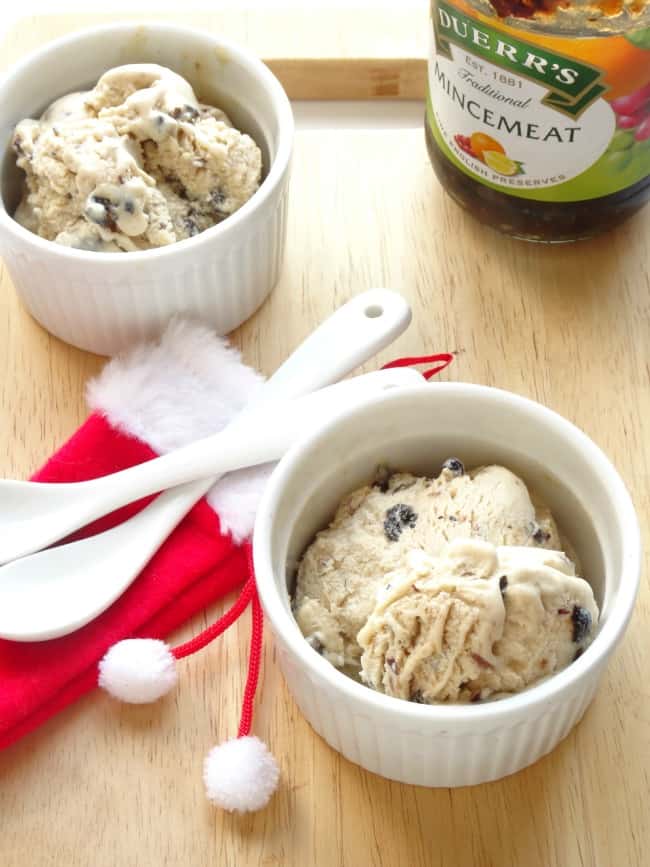 When I started out making this dessert, I was planning on going for a Christmas pudding ice cream. And just as I was taking it from the shelf in the supermarket and putting it into my basket, I suddenly remembered - none of us here actually like Christmas pudding. I think I'd gotten so carried away with the festive season and wanted to make as many seasonal treats as possible that my brain thought this little bit of information useless. 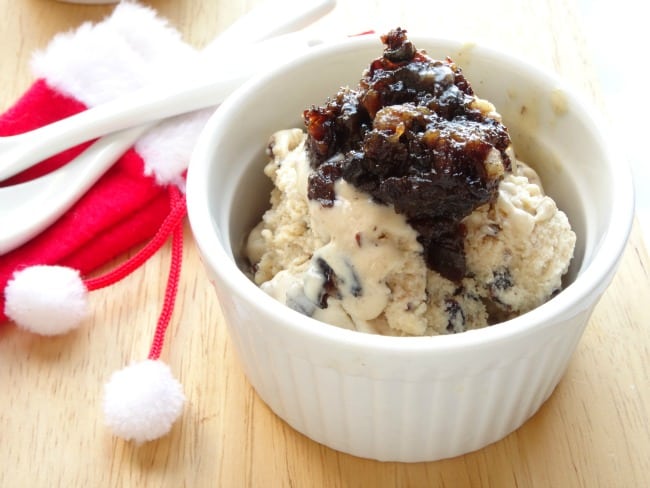 But although none of us like Christmas puddings, My Official Treat Taster and his mother (who is going to be staying with us this Christmas - ARGH!) both absolutely adore mince pies, so I grabbed a jar of mincemeat instead. Yes - I know. I love making stuff from scratch and you can totally make your own mincemeat, but the stuff in the jar is just so delicious, affordable and handy that I really see no need to make my own. 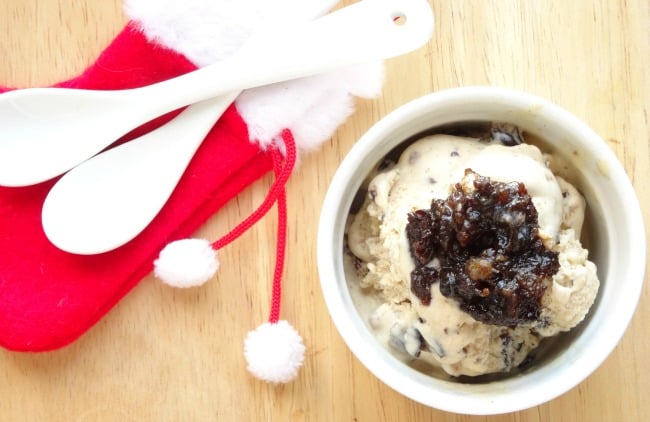 So after whipping up a batch of my basic vanilla bean ice cream custard and leaving it to chill overnight, all I did was pour it into my ice cream maker and scoop about ⅓ of a jar of mincemeat into ice cream maker, too. After 30 minutes or so churning, I had fruit mince pie ice cream - success! Now, I don't really like mince pies. I'm not a fan of raisins, currants, brandy or pastry - pretty much everything that goes into a mince pie. But even I like this mince pie flavoured ice cream! I think it's got something to do with all the mincemeat being evenly dispersed in teeny tiny pieces in this mincemeat ice cream, instead of in one solid chunk like you get in mince pies. 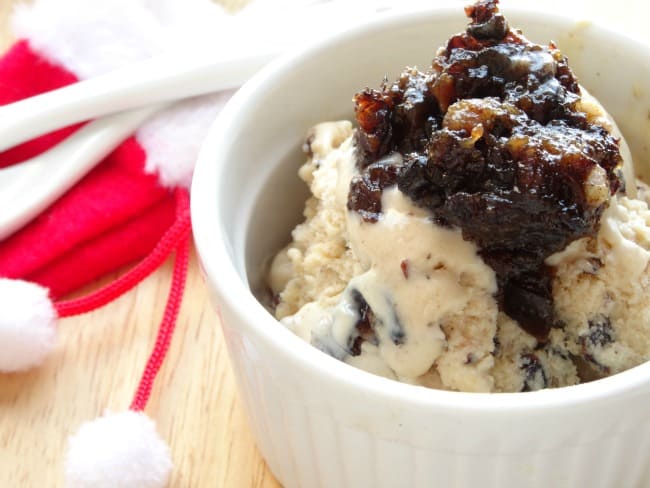 I've made this mince pie ice cream recipe before Christmas, because I'm planning on serving it up for Christmas Eve dessert. In the Pink Recipe Box household it's tradition to have a great big lavish buffet on Christmas Eve and My Official Treat Taster insisted on having a 'light' dessert. Apparently, a thick, rich ice cream made of cream, sugar and egg yolks, studded with even richer mincemeat is 'light' in his eyes. 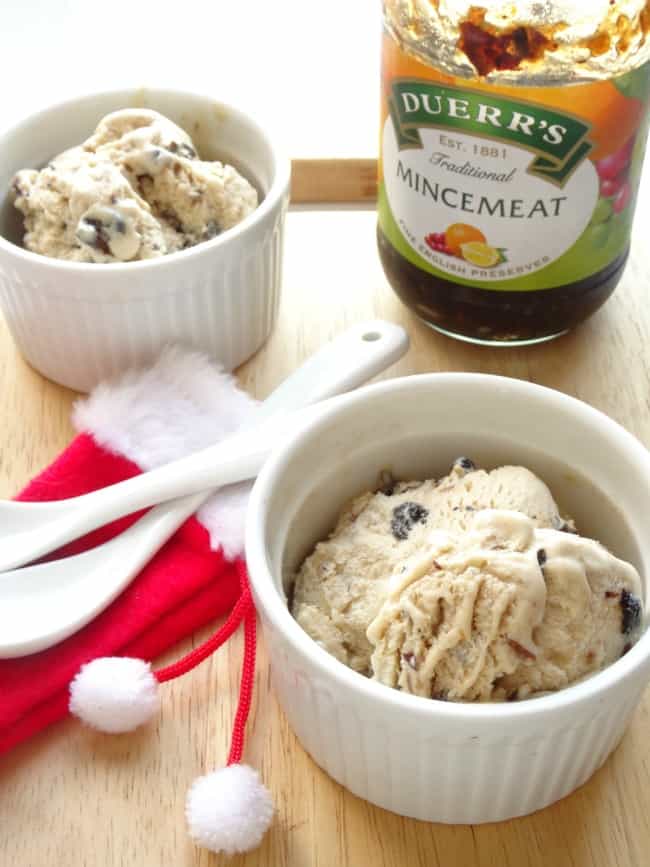 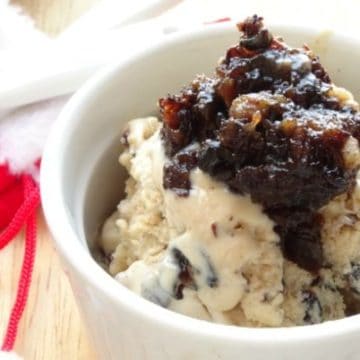