I go through bread baking phases. Sometimes I'm awesome at it. Sometimes I suck at it. Seeing that I can't even remember the last time I made a good loaf of bread, I guess I'm currently in the second phase. That's why I'm posting this never-fail white bread recipe today - it's really more for me than it is for you.

This recipe is super-simple (something which I definitely need right now) and is never-fail (something else which I could certainly do with...)! I don't usually make 100% white flour bread, but when I set upon this recipe, I thought I would make an exception. I usually prefer the complex flavour and rough texture that whole wheat flour gives to bread - except when it comes to baguettes, fresh-from-the-oven white baguettes are the best thing in the world - but I have to admit, I quite enjoyed this loaf! 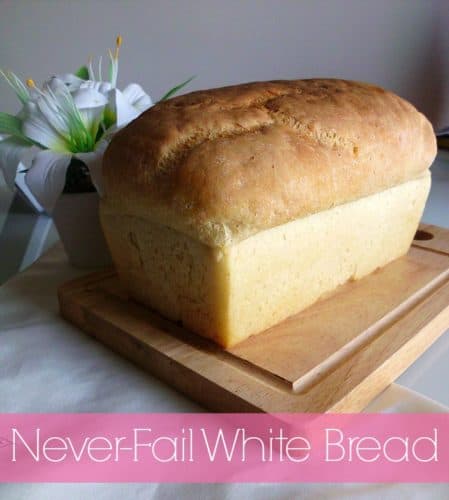 We were out of bread on Tuesday morning so I began making two 50-50 loaves from 8am. At 9am, I realised I didn't have any white flour...but I thought I'd go ahead with the recipe regardless and replace the white flour with more whole wheat. I knew that I'd have to allow more time for the dough to rise, so I waited and waited and waited... To summarise, I was making bread from 8am until 6pm and still somehow ended up with two loaves which resemble bricks. The texture isn't too bad, but they barely rose at all. Like I said, this recipe is more for me than it is for you... 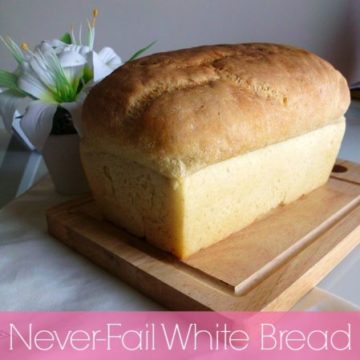 Here are the link parties I link up to.
Come and party with me!