We all love chocolate cupcakes, right? Deep, dark and rich (I'm not going to say moist - whoops, too late!) chocolate cake topped with wonderfully sweet, light and fluffy frosting has got to be one of the best things there is in life, but that's the problem. When presented with a tray of 12 beautiful chocolate cupcakes, what are you going to do? Politely pop around the neighbours' houses asking if they'd each like a cupcake and save just one for yourself? Uh, no. Gimme gimme gimme all the cupcakes!

Fortunately, I've found the perfect balance between suffering from a severe chocolate cupcake craving and between not being able to fasten your jeans after going to town on 12 cupcakes - a recipe for a one-bowl chocolate cupcake for one! Yup - this recipe makes just one cupcake, uses just one bowl (which you can totally lick clean) and takes less than 30 minutes to make from start to finish. How great is that?

If you insist on being kind and sharing (or you're a growing girl and need double cupcakes!), you can double up on the ingredients to make two cupcakes and give the other one to someone else (or eat it yourself, I won't judge - it's what I would do). 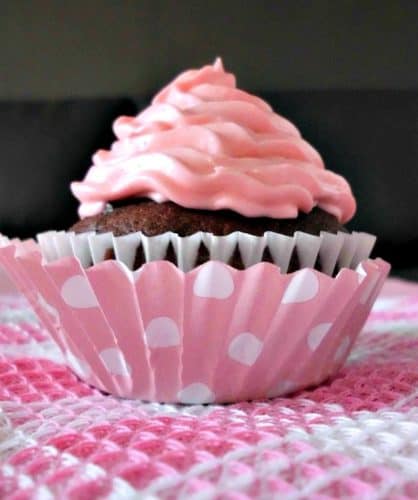 But seriously, I've tried doubling the ingredients to make two cupcakes and the recipe works just the same without adjusting the oven temperature or baking time. But anything more than doubling and you're on unfamiliar turf and I can't guarantee the results. You'd be better off finding a small batch chocolate cupcake recipe instead if you want more than two cupcakes. 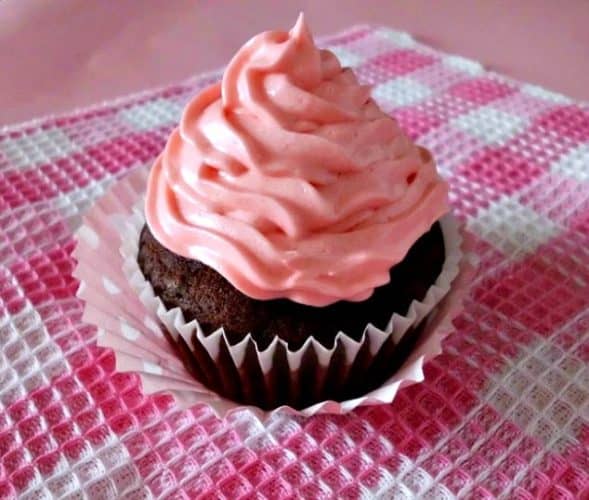 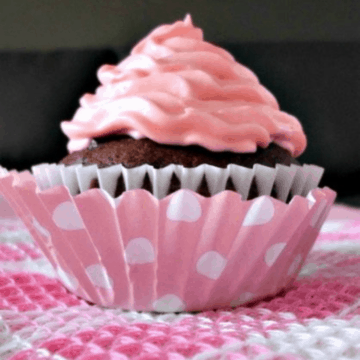 One-Bowl Chocolate Cupcake for One

Recipe adapted from One Bowl Vanilla Cupcakes for Two from How Sweet it is.