By all means, if you can think of any other conversion chart which would really come in handy in your kitchen, please let me know and I'll be happy to make you a pretty pink printable to help you out on your next cooking experiment. 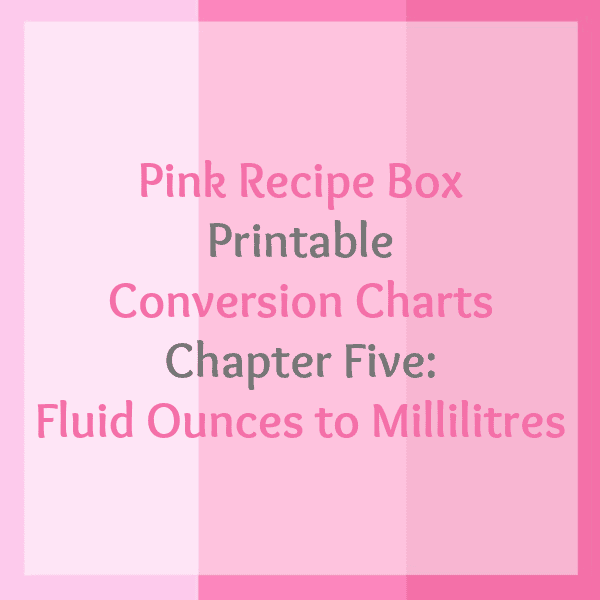 If you're a regular Pink Recipe Box reader then you may have noticed that there were no post makeovers published on the blog for the last two Saturdays. The truth is I simply do not have time to whip up an additional dish, photo it, write it up and clean up afterwards each week.

I have my fingers in so many pies - love that saying - that I need to use all my energy to focus on my current projects, instead of creating new ones for myself. So if I don't come up with any printable conversion chart ideas or receive any requests from you guys, I'm going to incorporate the post makeovers into my usual posting schedule and publish one each Wednesday. Sound good?

Enough rambling and excuse making - back onto the printable chart. Just like the printable conversion chart I published last week, I think this fluid ounces to millilitres is going to be one of the most used in my kitchen, too. Hardly any of the blogs I follow use ml - most of them use fluid ounces, which I have no clue about. (Ooh! Some of them do use cups. Maybe I could do a cup to ml printable conversion chart? That might come in handy!)

Just like I have no idea when it comes to fluid ounces, I'm sure all (Well maybe not all, that's a bit of an over-generalisation. Let's just say some) of you Americans and Canadians out there in internet land get a bit confused when you read a recipe which lists ingredients in millilitres. Or milliliters - however you prefer to spell it. (You definitely don't spell it millipede, like I've nearly spelt it several times now.) I can feel myself going off tangent again, so without further to do, here is the printable. 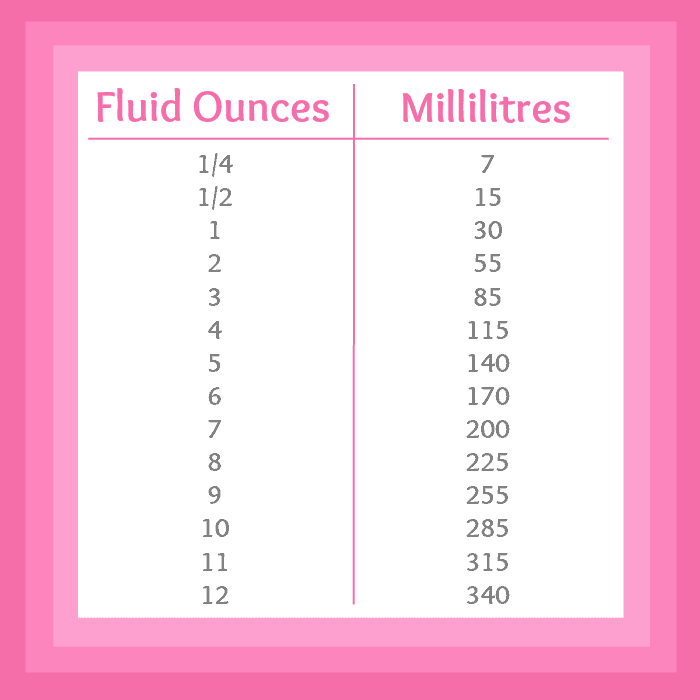 I haven't even finished writing up this post and I've already decided that next week I'm going to be posting a cups to millilitres conversion chart, even though I kinda said that this one was the last in the series. Anyway, I just want to remind you that I'm more than open to suggestions for further conversion printables, so if you have anything in mind, leave me a comment and let me know!