I always feel a twinge of excitement whenever I see Starbucks copycat recipes. We don’t have a single Starbucks on the island where I live, so whenever I get the pleasure of paying $5 for a small coffee, I’m always abroad. I guess I’ve come to associate Starbucks with travelling, which is why I get so excited when I see copycat recipes for their drinks on Pinterest! 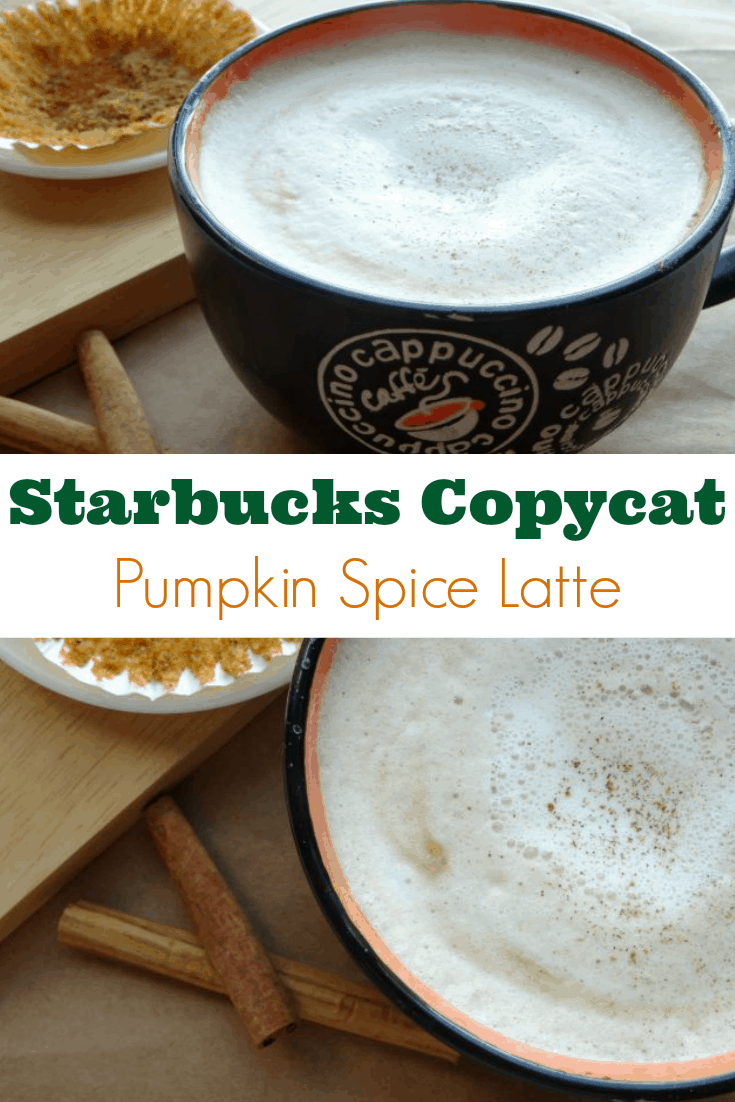 Maybe I think if I can whip up the perfect Starbucks copycat recipe that I’ll be magically transported to another country and find myself on holiday. Don’t judge – my brain works in strange ways. But since this didn’t happen when I made this Starbucks copycat pumpkin spice latte recipe, I suppose I’ll just have to settle for sipping this heavenly coffee and daydreaming that I’m somewhere autumn-y, with a nipping cool wind rustling through my hair and crisp leaves crunching underfoot. 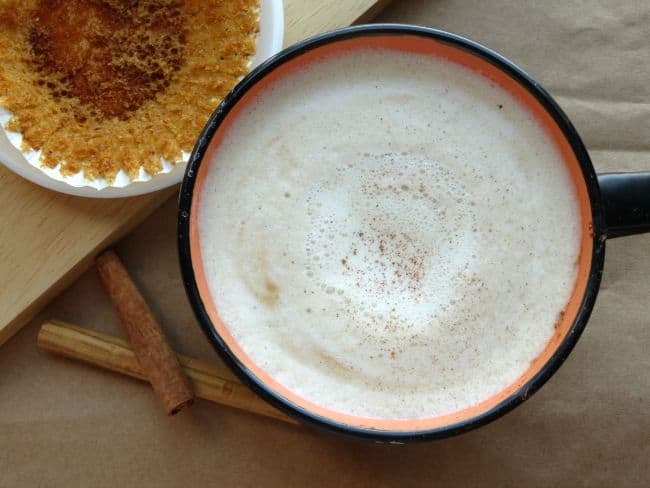 After whipping up a Starbucks copycat cinnamon dolce latte last year, I knew I wanted to create another fall-inspired recipe this year and a Starbucks pumpkin spice latte recipe seemed to fit the bill perfectly. Whilst the drink tastes fabulous, there is one thing I cannot get my head around – it has actual pumpkin puree in it! I thought the coffee would have pumpkin pie spice and maybe some sort of pumpkin syrup in it at a push, but I never dreamed it would have pumpkin puree in it – that’s weird even to me. 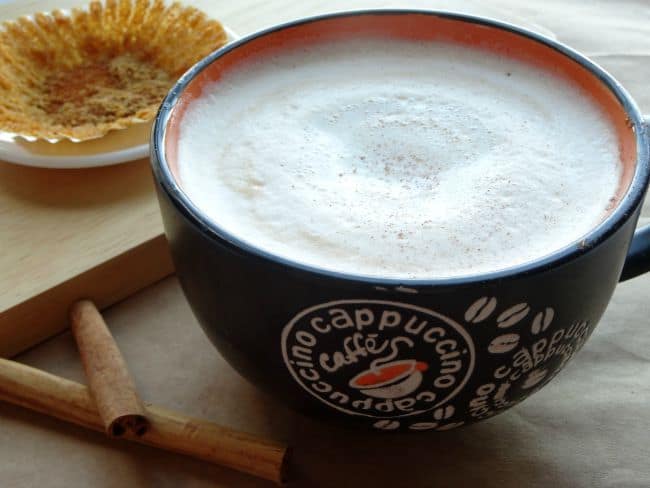 For those of you who love making things entirely from scratch (join the club!) you can make your own pumpkin puree and even make your own vanilla extract to make this coffee. They’re both crazy-easy to make. The homemade pumpkin puree is one of those things you can make last minute because it only takes an hour from start to finish and it will leave your house smelling wonderful. Even My Official Treat Taster who is adamant he hates pumpkin was asking what the gorgeous smell coming from the oven was whilst the pumpkin was roasting! 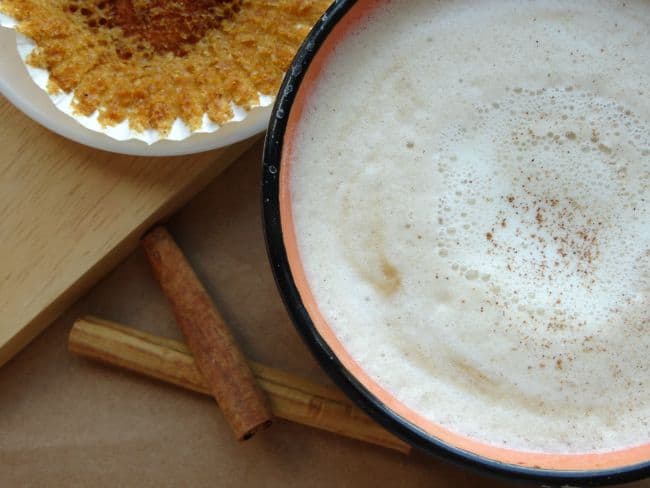 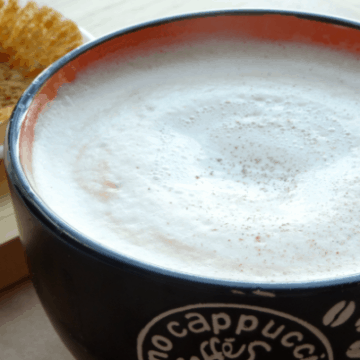 Inspired by The Kitchn
Tried this recipe?Let us know how it was!
« Easy Apple Crumble for Two
Pumpkin Spice White Hot Chocolate »