So up until this week I didn't think I liked mulled wine. I thought it tasted like bitter vinegar that had been left out in the sun for months on end before being used to mop the floor. I thought the mop was then rung out into your glass and called 'mulled wine'. 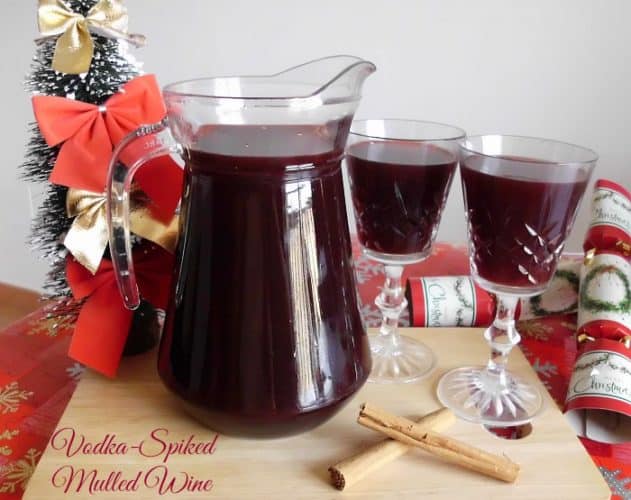 I've been working late recently and come 5pm, I get up from my desk, pour myself a glass of this and return to my office for a final two hours. It's kind of like my reward/motivation, you know? 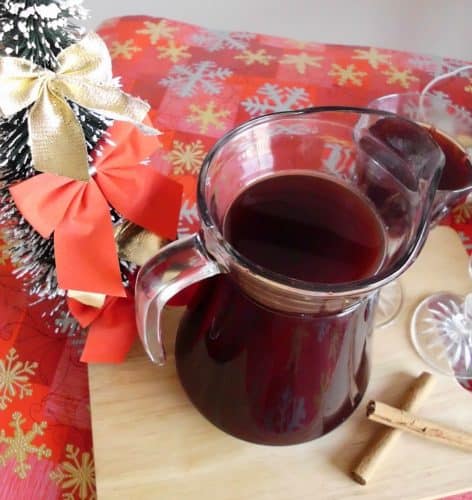 I will say one thing - this vodka-spiked mulled wine is pretty strong, in my opinion at least. So apologies if I've written anything weird on the blog lately, or made an unusual social media post. We'll just put it down to the wine and not my trivial personality, yes? 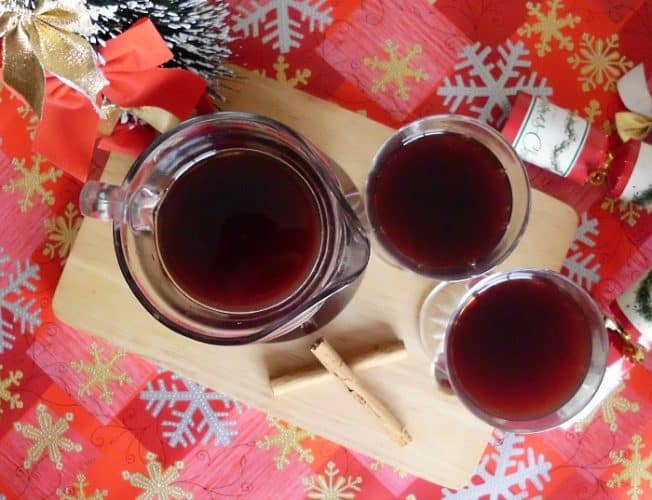 So if you're planning on serving this vodka-spiked mulled wine for a special occasion - Christmas Eve sounds good to me! - I recommend making it in advance as far as you can and then serving it at room temperature.

I tried it when it was hot and apart from being terrified that it was going to crack my pretty wine glasses, I wasn't really into it. Maybe you will be, who knows? Whether you liked your mulled wine boiling or below zero, I totally recommend trying at least a sip of it at room temperature - that's my favourite way to serve this one. 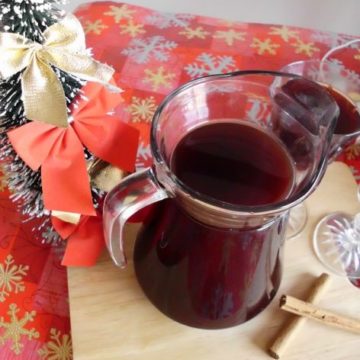