I can't hold back any longer - we're now a whole week into the month of May which only means one thing to me. Summer is almost here! Okay, so I live by the sea on an island where it's pretty warm and sunny all the the time. (I'm not bragging, just giving you some context!) But there's just something about the actual summer season that makes lazy days at the beach,  sunbathing by the pool and enjoying fancy cocktails on the patio so much more fun when I know the rest of the world (or most of the northern hemisphere, anyway) is sharing it with me, you know? And if there is one flavour that screams summer more to me than any other flavour out there, it's got to be lime! 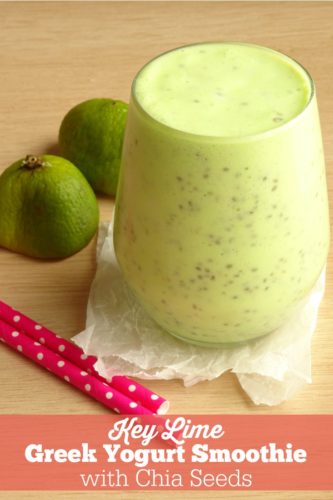 This healthy smoothie recipe was inspired by the Lemon Chia Seed Smoothie recipe I posted a couple of weeks ago and no word of a lie - it tastes more like dessert than breakfast. The smooth and thick texture from the Greek yogurt makes this easy smoothie recipe almost like ice cream or frozen yogurt, whilst the citrusy zing from the tart lime juice is awesome for really perking you up in the morning - even more so than coffee!

I'm one of those people who can usually never drink my breakfast without ending up spending all morning, but this smoothie genuinely fills me up. There's enough protein in the Greek yogurt and plenty of fiber (as well as loads of other vitamins and minerals!) in the chia seeds to honestly keep you satisfied until lunchtime. Or at least until mid-morning snack time comes around when you can devour a healthy black bean brownie or skinny lemon bar if the mood takes you. No breakfast is going to stop me from snacking! 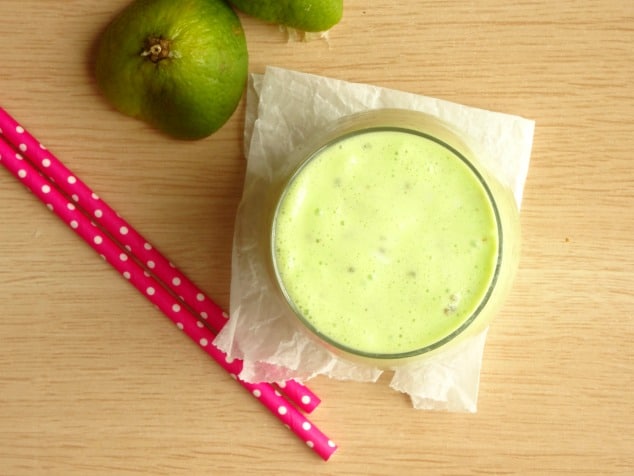 I talked a little while ago how the cuteness of the kittens I was fostering was seriously wearing off. Well a week ago, I handed them over to a woman to take care of whilst I had a weekend off and was consequently inconsolably heartbroken when she fell in love with them and didn't want to give them back. I could have taken them back from her if I wanted to, but I would have only had them for a couple of weeks, so there wasn't a point. At least they're all together in their forever home, right? Even if I never, ever get to see them again and never got to say goodbye. Sad face. 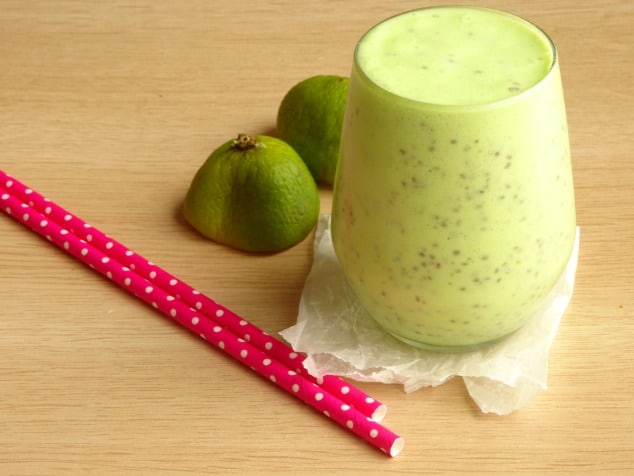 Moping around the house looking like I could burst into tears at any second for 12 hours was more than my boyfriend could take, so he got in touch with the woman who runs the cat charity and got me some more foster kittens! We started off with one 12-week and one 9-week old boy who are great fun for playing and snuggling. But I'm a total pushover, so when the same woman called me the following day saying she had two four-day old kittens, I couldn't say no and now we're back to four foster kittens. Who knew that being in a zombie-like state due to lack of sleep and having an almost constant headache due to attention-hungry kittens mewing is preferable to the completely illogical devastation I felt after giving away the last batch of kittens?

If your yogurt and milk aren't that cold, add a couple of ice cubes into the blender with the rest of the ingredients to chill the smoothie further.
You can prepare this smoothie in advance and keep it in the fridge inside a sealed container for up to five days. The smoothie will separate, but it will be fine if you stir it before drinking.
Tried this recipe?Let us know how it was!
« Lemon Chia Seed Smoothie
Two-Minute Healthy Peanut Butter Chocolate Mousse »